4 athletes at World Championships from our management 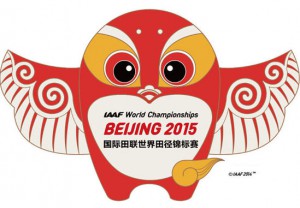 Four athletes from our Global Throwing Management group will participate in the WC in Bejing coming up in ten days. Tim Nedow CAN will compete in the shot put and has so far had a very steady season with many meets over the qualification standard of 20.45m. His SB is 20.78m and PB is 20.98m.

Today we got good news as Daniel Ståhl SWE will also compete in the discus and he got in on a wild card last minute due to the rule that IAAF invites top 32 to participate as not all had reached the qualification standard of 65m. Daniel has thrown 63.38m this season but has a PB of 66.89m since last year.

Sanna Kämäräinen FIN threw 61.07 already in the early season in March. During summer, she has been travelling around Europe and competing on a high-level.

Mark Dry GBR improved his PB to massive 76.93m and holding on to 20th position at the world season list.

We are really happy to see our athletes competing in Beijing and wish you all long throw. Enjoy the meet and have fun!